I decided to play a spoof on my Mom for Mother's Day. She has a good sense of humor, so I knew she'd love it. It started out great, then kind of took a life of its own.... Here's the scoop: I found a really great picture of my mom and me that was recently taken at a family reunion and I simply inserted it into one of your Dropmock designs. It was the design of a billboard with a big hallway and people in the distance. It actually REALLY resembles Sky Harbor Airport here in Phoenix ... So I decided to spin a story about the airport running a contest in honor of Mother's Day, asking people to submit photographs of themselves with their mom ....... Well, I spun the story a bit more and told her that we WON! As a result of winning, our big smiling faces would be displayed on the billboard all weekend at the airport, for all of the travelers to enjoy! I then attached my DropMock image that I had created, sent it to her, and cc'ed my two sisters. I had FULLY intended to shoot off another email, saying "Just Kidding!" .... but my devious hubby thought I should stay quiet and let it ride for awhile. My mom is pretty astute, and she knows I am tech savvy, so I kinda thought she may realize I was joking and that I created it ... BUT it looked so darn authentic, due to your amazing tool, that the thought didn't enter her mind. She apparently immediately printed it out and started telling all of her friends! It was "the best Mother's Day gift" she'd ever received, so she said... Oh, my! As my guilty conscience was starting to weigh on me (I never tell any lie!) .. Both my sisters emailed saying what an amazing thing I had done...They had both already shared it with several co-workers. I realized we were getting in deeper and deeper. When I thought it couldn't get any worse, but it did.... My mom was so tickled by this, and how wonderful Phoenix Sky Harbor Airport was to run this contest, she decided to take it upon herself to hunt down their contact information and send them a big "Thank You" email for all they had done!!! (Who would even think of doing something like this??) Of course she explained that her daughter lived in Phoenix, entered our picture into the contest, and absolutely made her day when her daughter told her that we had won. Of course she attached the image of our winning photo proudly displayed on the billboard at "SkyHarbor". Geeeeezzz! Our bluff was exposed. Well, by this time, my hubby is laughing so hard he is crying. He said "we were trying to spoof her and she ended up spoofing us even better, without even knowing she was doing it!" Well, I am at the end of my rope with guilt and decided I simply HAD to tell my mom the truth. I called her and spilled the beans. Entirely. Gotta love Mom... Once she fully understood the WHOLE thing was a spoof, she started laughing so hard she couldn't stop! (Whew!) She said that even though our picture never showed up on the airport billboard, this whole story, with all of its amazing creativity, and all the excited energy generated around it, was so much fun that it STILL is the best Mother's Day Gift ever received. (Gotta love Mom!):-) Anyways, even though this email lasted a LOT longer than I originally intended, I wanted to take some time to share this fun - and frankly outlandish - story with you because it was all possible BECAUSE OF YOU! 🙂 Product creators don't often receive the love they deserve, so in this case I wanted you to know how just much laughter and smiles you were part of creating. Your tool is SO amazing and I am very grateful to you for creating it and continuing to improve it. Thanks for being you... 🙂 Janet Bruno 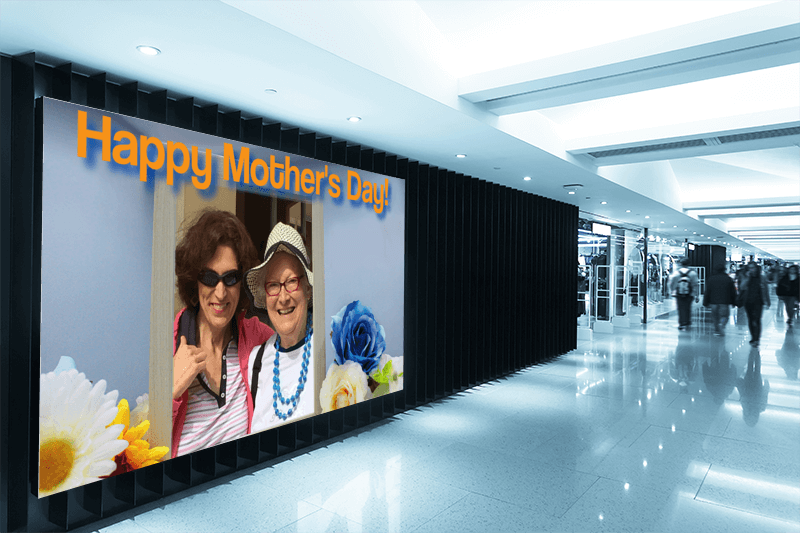